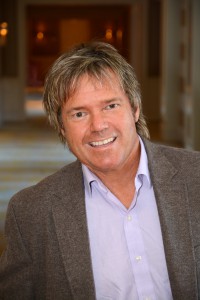 Drawing upon his twenty plus years of industry knowledge and creativity, Tom Littlepage is an expert within the world of corporate incentive travel. His career path began in 1992 at Maritz Travel Company in the Program Operations division, where he underwent their elite training platform. A decade later, Tom continued in incentive travel by working for a start-up meeting planning firm in Northern California where he honed his skills further by learning all aspects of the industry. Tom’s positive demeanor and attention to detail, coupled with a strong reputation for customer service quickly earned him accolades from both his clients and team members.

Tom has won numerous awards celebrating his excellence in logistics and operations with a focus aimed at “on-site” management for a diverse array of multi-million dollar accounts. He thrives on leading a highly experienced staff of professionals who, as a team, operate meetings and incentives seamlessly around the globe. Tom has been involved in a wide assortment of large-scale events such as the automotive industry new car shows, large technology conferences, pharmaceutical and medical device product launches, sporting events including Super Bowl, World Cup, the Olympic Games and various PGA Tournaments. He also has experience with more intimate corporate events, such as coordinating a private performance by the original cast of “Phantom of the Opera” while guests dined deep inside a wine cave in Napa Valley; a week aboard a research vessel in the Galapagos Islands with scientists and environmental experts learning and observing life forms that only exist in this most isolated archipelago on the Earth; as well as an exotic Elephant Trek overnighting in a tree house sharing food and listening to stories with local villagers in Northern Thailand.

Tom has a keen sense of what it takes for corporations to increase their ROI, not only via enhanced performance and productivity, but also through life experiences. This attribute paired with his proven comprehension in all facets of program operations makes him the “go-to” for corporate incentive programs around the world. He is passionate about time spent with his wife and their two little girls, who have him wrapped around their fingers, and is thankful for the technology of Skype. In between trips, Tom still manages to volunteer his time and energy serving as a board member for Food Outreach and as the PTA Vice President at St. Margaret of Scotland School.